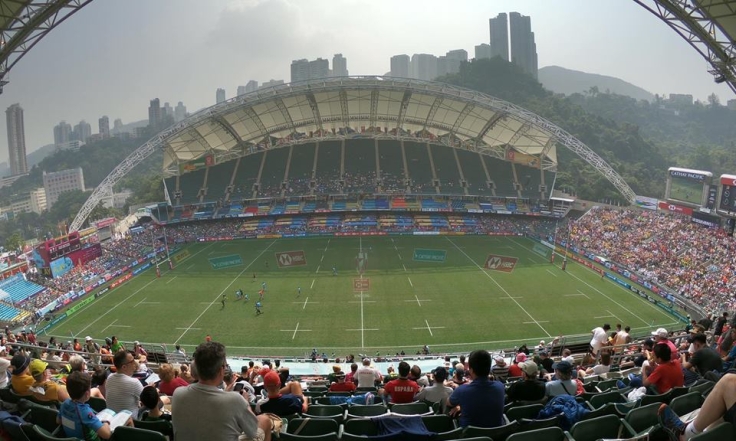 2019 has started off with a bang… as well as a few flights and train trips around! We have made sure that we take advantage of how close we are to everything and how easy it is getting from one place to the other.

March rolled around and it was someone’s 26th birthday! So, as you do to celebrate your 26th birthday, we booked tickets to Hong Kong Disney Land! Although we took the opportunity to do Disney Land in another city, we decided to truly take advantage of being in China!

In the start of April, we hopped on a flight to Hong Kong to go and watch the Hong Kong 7s Rugby! This was something beyond amazing to go and be apart of, being where it all began. The atmosphere was beyond anything you could think of! People from all across the world in one stadium (needless to say, it was not a small stadium) it was insane as to how vibrant, loud and energetic it all was throughout the day. The tickets were the best, see as you paid for them, once you got to the stadium it was up to you as to where you wanted to sit… the earlier you got there, the better your seats would be – I have to say I don’t think we could have picked better seats! Sitting at the top on the half way line, this made it easy for us to see everything for every game throughout the day! I would not change that day for anything, the memories that I have from that day are truly one of a kind for me! Being able to be apart of something so big, there are no words for what we experienced!

We got the chance to watch South Africa play twice, and both time we were bouncing out of our seats throughout the games! Both of the games we had people from each country sitting near or besides us, this adding to the fun and atmosphere of it all. Even though your countries would be playing against each other, there was good banter between everyone throughout the stadium and the different games. You could see the crowd supporting the underdogs against the big teams, and it truly was chilling hearing the crowd roar as it did! Throughout the games, when there were large breaks between the games, there would be live performances and traditions that were started from the first Hong Kong 7s. 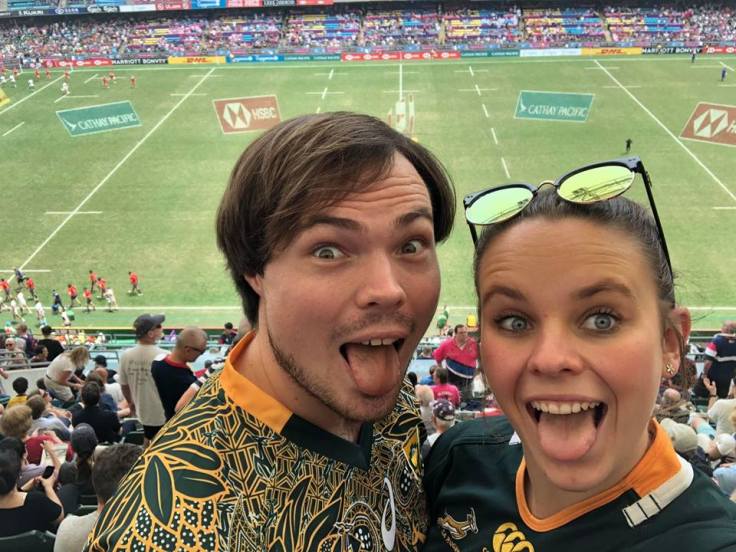 After a full day in the sun with the Rugby, the next day we went to our childhood memories… off to Hong Kong Disney Land we went. It was an early morning for sure, but definitely worth every moment of it! Even though it was the second one we have done together, you could see we were even more excited this time about going to Disney Land again, it was literally like being two little kids again even though we are 23 and 26 years old! This Disney Land was a lot smaller than what Shanghai’s one, but it was so different but so much fun! The one thing that was a little sad was that there was no castle, so at times you would get to the middle where it would be, and there was just tons of renovations, but hey, I guess if they’re wanting to keep it all looking new and magical, they need to keep doing little updates.

Between the two of us, one of us likes spinning rides and the other one likes roller-coasters, so it’s always a good balance between the two of us on what rides we end up doing. However, this time, we did this monster painful roller-coaster… ok it wasn’t really a crazy roller-coaster, it was really just going up and down in a “U” shape in a toy car from Toy Story, yet this was probably the scariest ride I have ever been on! I don’t know when last I got off of a ride and was physically shaking! As much as I was scared beyond anything while in the line watching the ride before us, and while on the ride, it truly was tons of fun!

I feel that no matter how old we get, we will never not get excited about seeing our favourite characters. Of course, we know they’re not real, but it gives you the feeling of being a child again thinking that the characters are all real. We stood in line waiting to take photos with or of them, there were some characters that we just stood and took photos of because we just got so excited to see them all… Winnie the Pooh, Minnie and Mickey Mouse, Goofy and Pluto, it was all the old characters that we got so excited to see!

It was finally time for reliving our childhood to come to an end, we needed to be adults again and tour around Hong Kong! The next day we acted like real adults and wondered around Hong Kong to see what it was truly like! We did a hop on hop off bus which allowed us to see tons of Hong Kong in a short period of time! Hong Kong is truly beautiful and it’s insane as to how massive the buildings are! We thought that Shanghai’s buildings were big, we were wrong! Hong Kong is truly massive, even the small buildings are massive, so walking around can be a little intimidating with the true size of everything!

With the hop on hop off bus, we did the route twice so that we were able to go back to the one site! Even though we had seen the same things twice, it was so cool to see how the city operates at different times of the day even. It’s all the same, yet it is so different at the same time! The second time around, we hopped off at the tram that would take us to the highest point in Hong Kong! As we waited in line, which is something we got used to very quickly with the insane amount of people there are, we watched the tram go up and down a few times. Eventually it was our chance to hop on the tram and off we went! It started off really chilled with a nice small incline, but before we knew it, we were at what felt like more than a 45° angle going up the side of the mountain. When you’re sitting this is really fine, but the moment you’re going down the side of the mountain standing at 45° it’s not so easy! We made it to the top of the tram and it we were shocked as to what was up there! We were expecting something small and simple, maybe a restaurant or two with some souvenir shops however, it was a whole mall at the top of the mountain with 4 or 5 levels of shops and restaurants!  To get to the viewing platform, there was a combination of 6 or 7 escalators, so this just gives you an idea as to how big it really was!

Once we were on the viewing platform, this was something that was worth the long wait at the bottom, the fun little tram ride coming up and finding our way through to the front through all the people! The views were beyond words, being able to see the true size of Hong Kong and see where we had been and where we would be next time!

This adventure was slowly coming to an end yet we knew that the week after we would be off on another one! It’s exciting to see where we will be with the next adventure and where the next memories and moments will take place!

Start a Blog at WordPress.com.